"Star of this evening was the pianist Shin-Heae Kang, who has won numerous music awards. Born in Kiel to Korean parents Shin-Heae Kang teared the audience literally from their seats with her brilliant performance" - DIE WELT

"Shin-Heae Kang is a magnificent pianist. She has all the qualities, superb technique, serious and devoted musicianship, very big repertoire. I strongly recommend her to your attention." - MARTHA ARGERICH 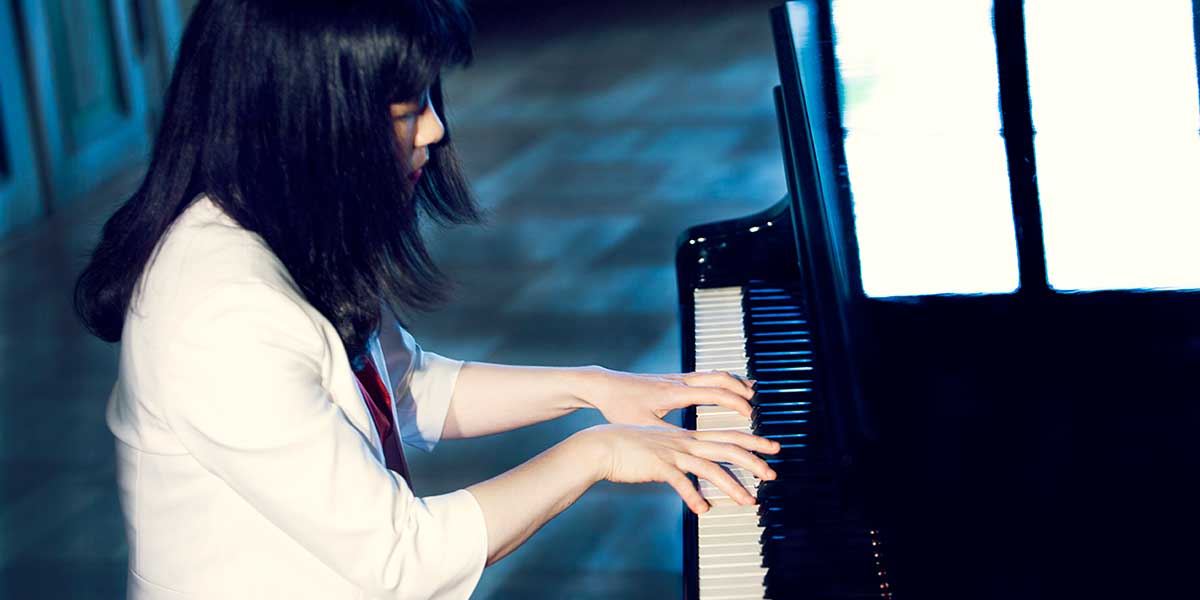 “On her new Liszt album, Shin-Heae Kang can be experienced not only as a melodically sensitive poet at the piano, but also as a fearless virtuoso with great piano technique.” - RADIO BREMEN 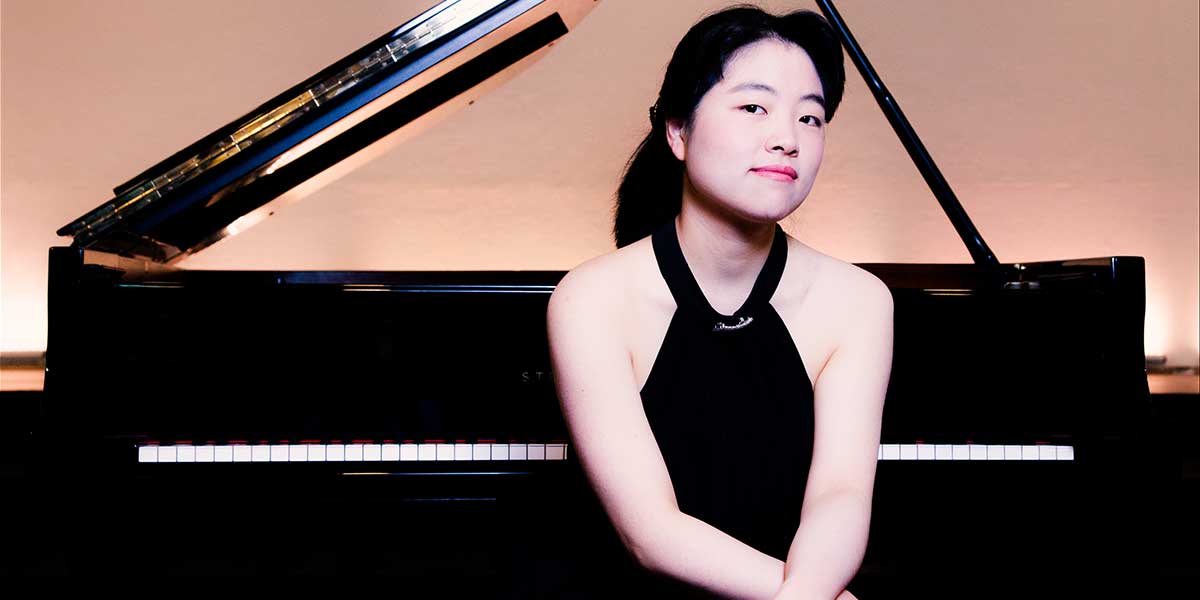 „The Debutante of the Festival the young pianist Shin-Heae Kang performed pieces by Liszt and Schumann with the utmost professionalism (…) and she proved all qualities for a great concert career“ - MARIINSKY-THEATER MAGAZIN ST. PETERSBURG 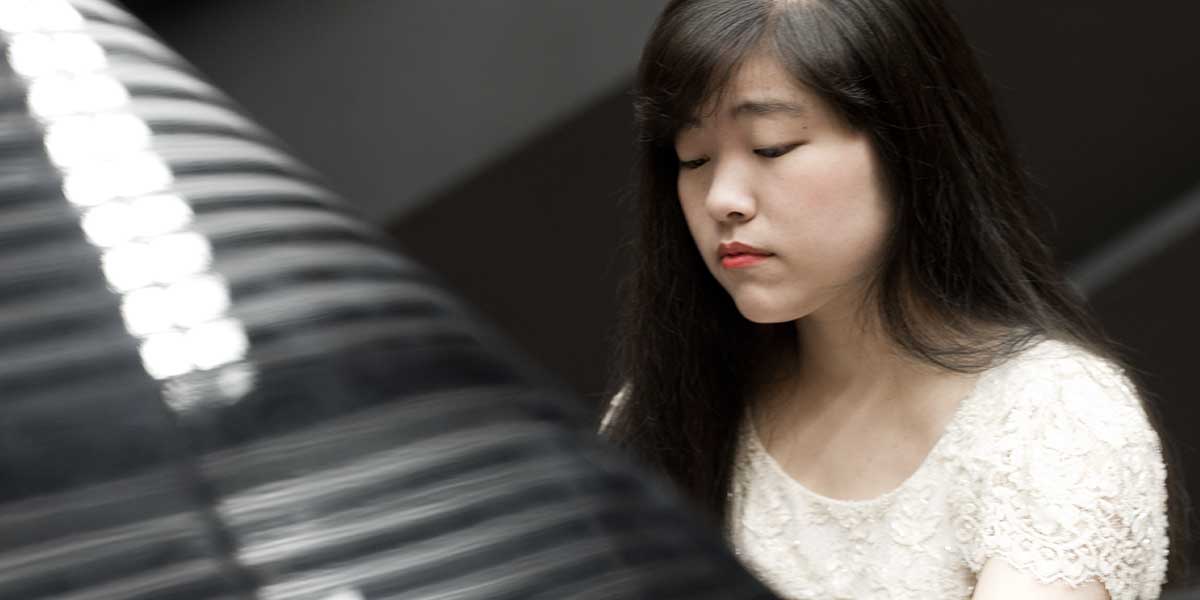 „This is a super performance of a splendid piece by a spectacularly talented pianist. There is some utterly beautiful and intelligent playing here, and some splendid virtuosity.“ - MUSIC WEB INTERNATIONAL

DEUTSCHLANDFUNK KULTUR
“The pianist Shin-Heae Kang is not content with depicting the ascent on the ladder of virtuosity from variation to
variation quickly and smartly, but she gives the well-known brilliant piece a noble, quick-witted basic tone
from which all kinds of coloured fireworks can be fired.”

RADIO BREMEN
“On her new Liszt album, Shin-Heae Kang can be experienced not only as a melodically sensitive poet
at the piano, but also as a fearless virtuoso with great piano technique.”

MUSIC WEB INTERNATIONAL
“This is a super performance of a splendid piece by a spectacularly talented pianist.
I would definitely put this as one of the top Liszt recordings that I have heard over the last couple of years.
There is some utterly beautiful and intelligent playing here, and some splendid virtuosity.”

PIANO NEWS
“In addition to virtuosity, her playing is also simply exemplary in emotionally expressive pieces.
A versatile and extremely impressive recording!”

NDR KULTUR
“The musicality is absolutely impressive. Shin-Heae Kang understands how to show the idea behind every piece.
Each bar breathes great experience, sense of style and deep humanity.”

PIZZICATO
“In an all-Liszt program, she has technically everything to play virtuoso and musically the intelligence
to subordinate virtuosity to the service of music. That makes her performance so special.”

KLASSIK HEUTE
“Shin Heae Kang’s interpretation sensitively puts the figurations in a silvery sheen that sparkles but never dazzles
which savors wonderfully light-footedly and with pointed accent all of the pianistic possibilities.”

GRAMOPHONE
“Shin-Heae Kang impresses as a pianist of considerable technical accomplishment,
intent on placing a personal stamp on everything she plays.”

KIELER NACHRICHTEN
“The piano sound is wonderfully earthy and full-sounding, the melody lines appear elegantly sung.
The highly virtuoso etudes reveal everywhere the thematic core under her hands and sound plastic and beautiful.”

LANDESZEITUNG LÜNEBURG
“Shin-Heae Kang has dedicated her album entirely to Franz Liszt and discovers the whole spectrum of human
emotions. She succeeds in the decisive aspects, namely taking out the pure bravura of the pieces
with high virtuoso demands and permeating deeper into the works.”

O-TON
“The album has turned out so well that you can hear it from beginning to end the whole day.
That’s how a debut album has to be!”